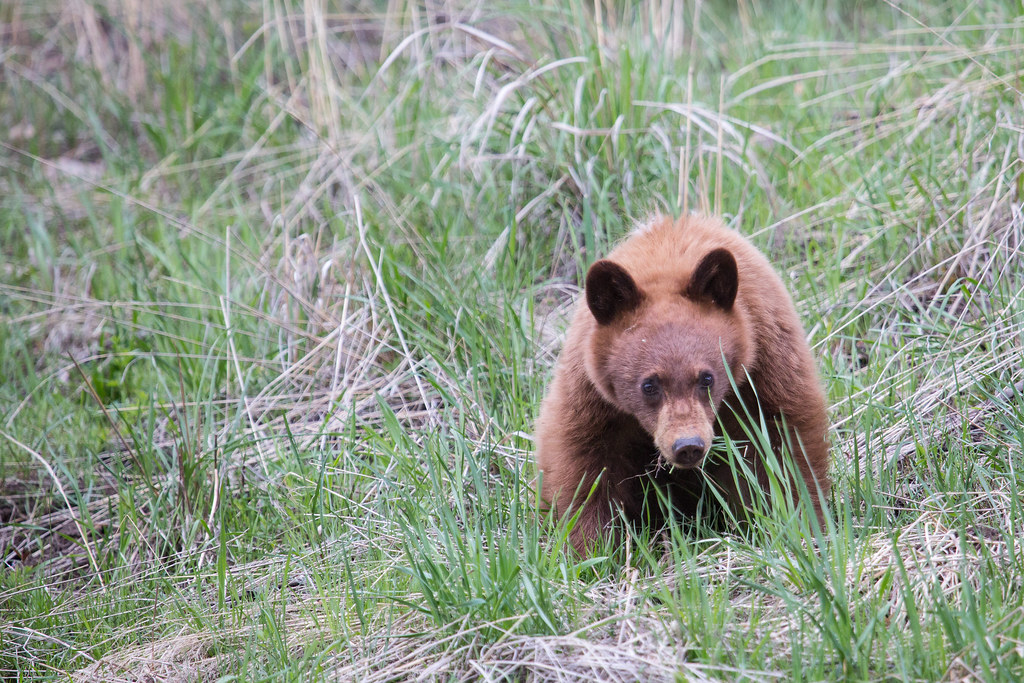 Description:  The most striking difference between a cinnamon bear and any other black bear is its brown or red-brown fur, reminiscent of cinnamon, from which the name is derived.  Adult bears weigh between around 90 and 270 kg and are between 125 and 205 cm long.  Males are larger than females.  The bears lack the elevated forehead of the coastal subspecies.

Range:  Largely in and around the Rocky Mountains.  In Canada, most of British Columbia, to the east of the coastal mountain but particularly in Banff and Jasper National Parks; also in Western Alberta.  In the USA, eastern Colorado, New Mexico, Idaho, western Montana, eastern Oregon, north-eastern Utah, eastern Washington and western Wyoming.

Habitat:  Found in both lowland and mountainous areas, chiefly forested.

Status:  Not thought to be at risk although population information seems sketchy.

Food:  Cinnamon bears are omnivorous with the major part of their diet being vegetarian including fruit, plants, acorns, nuts and berries.  They also eat honey, insects, small mammals (rodents), fish and carrion.

Behaviour:. Cinnamon bears are excellent climbers and swimmers. They are mostly active around dawn and dusk. The bears hibernate from late October or November to March or April depending upon the weather conditions.  Females become sexually mature around 4 or 5 years of age and mating usually occurs from June to mid July.  The mother gives birth in the winter den, usually to two or three cubs, in late January or February.  The cubs remain with the mother for around 17 months during which time she will not become pregnant again.

Threats:  Increasingly black bear are subject to poaching, often to supply Asian markets with bear galls and paws for use in medicine.  There is some risk from hunting and also from collisions with road and rail transport.

No links available at present.