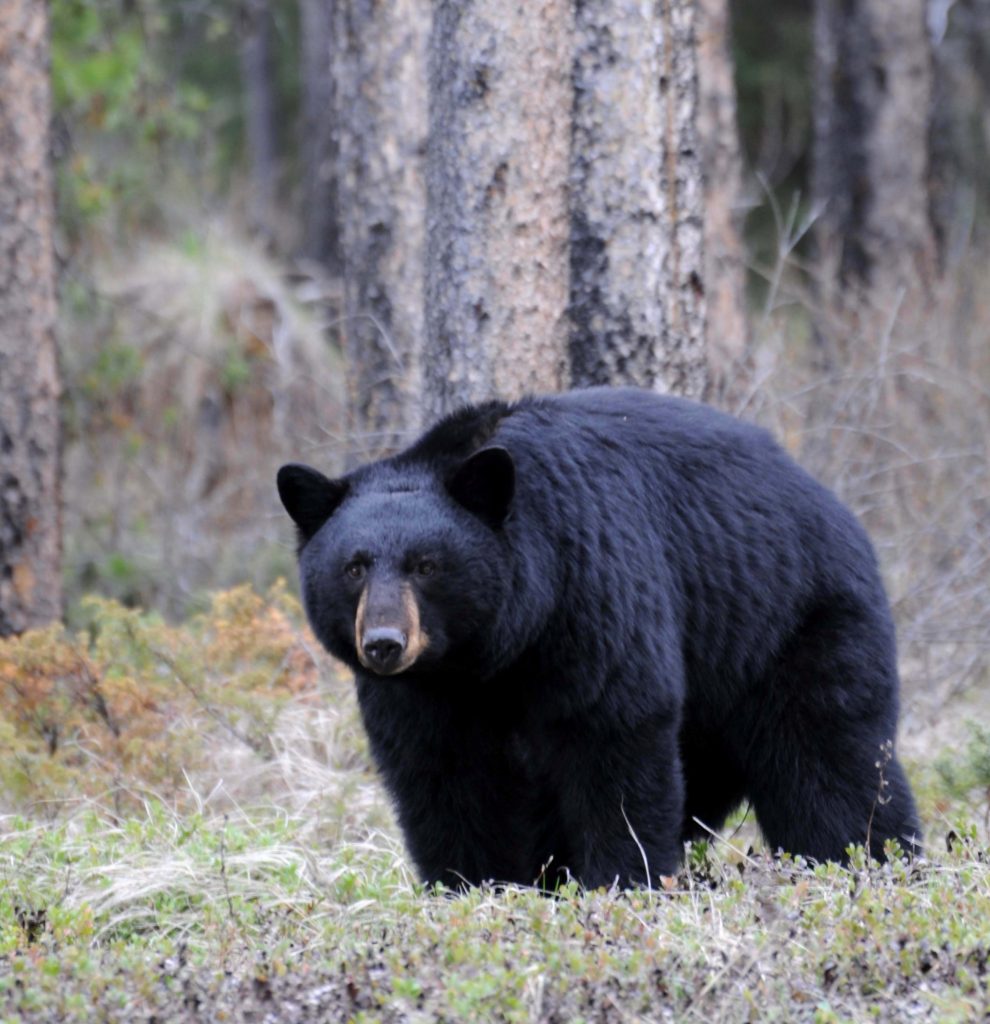 American black bears are widely distributed throughout the forested areas of North America.  They are the continent’s smallest and most common bear and are present in 32 states of the USA, in all provinces and territories of Canada except Prince Edward Island, and in northern Mexico.

Most commonly found in forested areas, American black bears avoid open areas as trees provide an excellent means of escape from the larger brown bear.  They have however become established on the tundra of northern Labrador in Canada, an area where there are no brown bears.

Of medium size, the bears show a great deal of colour variation ranging from white, blonde, cinnamon brown to dark chocolate brown or to jet black.  They are omnivorous and solitary, except for females with cubs.

Females reach sexual maturity at around three to four years and males a year or so later. Mating takes place during June to August.  After around 220 days the female gives birth during hibernation, in the den, usually to a pair of cubs although litters of up to five cubs have been reported.  Cubs will normally be weaned at six to eight months, but will remain with their mothers for around a year and a half during which time she will not become pregnant again.

For an up to date and detailed map of the distribution of Ursus americanus click here to open the IUCN map viewer.

General Description: Medium-sized bear, usually black with a brown muzzle and often has a white chest patch.  Chocolate and cinnamon brown colour phases are also common. Bears with a white (Kermode bears) and with a silver-blue (glacier bears) pelage also occur.  The claws are highly curved and strong.

Click on the links below for more information on each subspecies.

California black bear (U a californiensis)

Cinnamon bear (U a cinnamomum)

Eastern black bear (U a americanus)

Florida black bear (U a floridanus)

Glacier bear (U a emmonsii)

Kenai black bear (U a perniger)

Kermode bear or spirit bear (U a kermodei)

Louisiana black bear (U a luteolus)

Mexican black bear (U a eremicus)

Newfoundland black bear (U a hamiltoni)

Olympic black bear (U a altifrontalis)