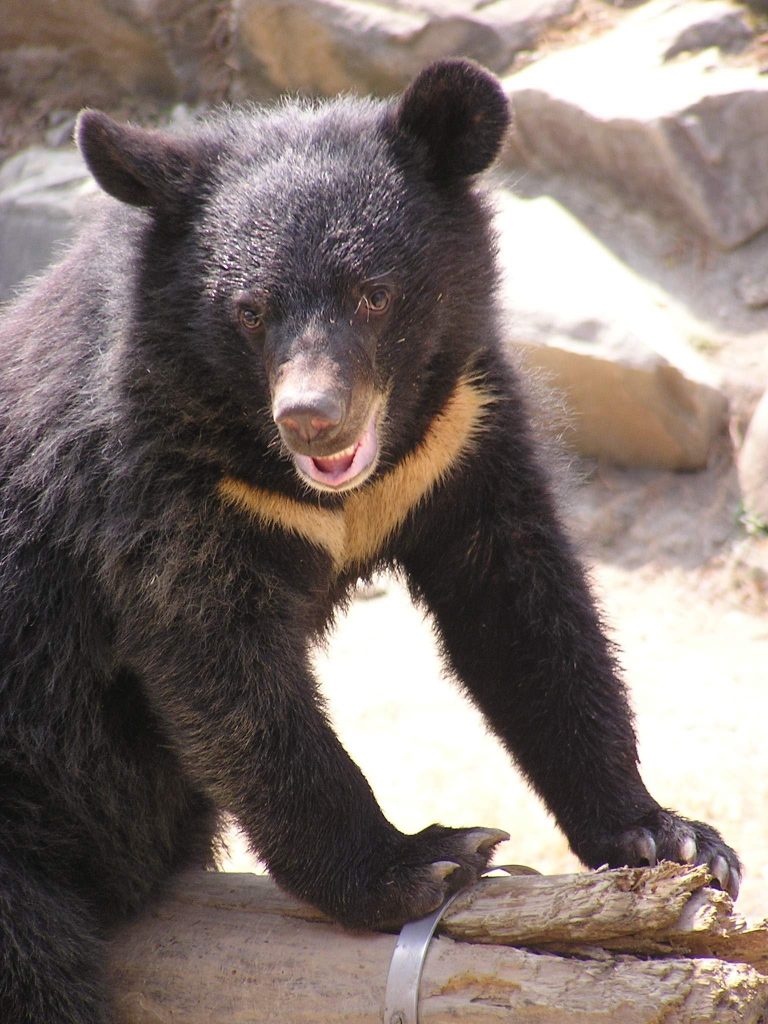 Description:  Strongly built with a round head and long dog-like snout.  Black pelage, tending to light brown in the summer, with the hair around the neck the longest at up to 10 cm.  The bears have a distinctive V-shaped yellow to white area on the chest.  Around 130 cm to 160 cm long and 60 cm to 70 cm at the shoulder. Weight from 50 kg to 200 kg.

Range:  Believed to have once been distributed throughout the island of Taiwan (Formosa).  Now largely confined to the mountain ranges.  Found along the Central Mountain range and Snow (Syue) Mountain range.  The largest populations would seem to be on Lala Mountain in the Chatienshan Reserve, the (Snow) Mountain area in Sheipa National Park, and from Taroko National Park south to Tawushan Reserve through Yushan National Park.

Habitat:  Mountain forests most commonly above 1,000 metres and up to around 3,500 metres.  In winter rather than hibernate the bears move to lower elevations in search of food.

Status:  Protected since 1989.  Some poaching for body parts still occurs.  Estimated to be only around 200 to 300 bears remaining in the wild.  IUCN listed as vulnerable to extinction.

Behaviour:. Solitary except during mating and females with cubs.  Often spends much of the day resting in caves or tree trunks, then hunting late in the day or during the night.  Territorial, often marking territories by scratching trees or urinating.  Whilst very aggressive bears will only usually attack if threatened or to protect cubs.  Mating occurs in winter and after six to nine months the female gives birth to a litter of between one and three cubs.  Cubs stay with their mothers for one year.

Threats:  As well as still being subjected to illegal poaching bears are sometimes accidentally caught in steel traps set for wild boar.  Some escape, often losing a toe or paw, some are illegally killed and sold on the black market.  Development is also a serious threat, particularly road building.  Also as tourism increases in bear habitat the risk of conflict with humans rises.

The documents listed below are held on our web server so you won’t be directed elsewhere when you click on the links.

The Status and Management of Asiatic Black Bears in Taiwan

Please note that the following links will download from other sites or open in a new window on other websites.

The Current Status of Formosan Black Bear in Taiwan (1990)

Taiwan used to be home to a huge number of bears. No one really knows how many are left (CNN Travel article dated  10 June 2019) 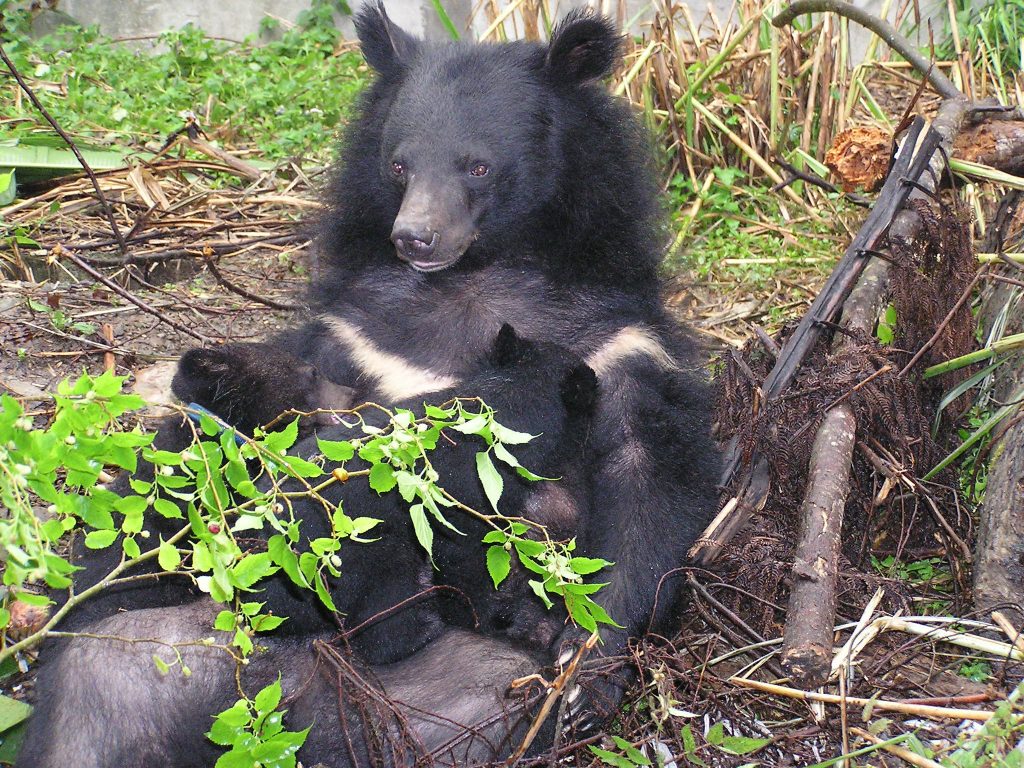